The alfapump® system is not currently approved in the United States or Canada. In the United States and Canada, the alfapump® system is currently under clinical investigation (POSEIDON Study) and is being studied in adult patients with refractory or recurrent ascites due to cirrhosis. For more information regarding the POSEIDON clinical study see www.poseidonstudy.com.
The DSR® therapy is still in development and it should be noted that any statements regarding safety and efficacy arise from ongoing pre-clinical and clinical investigations which have yet to be completed.
The DSR® therapy is not currently approved for clinical research in the United States or Canada. There is no link between the DSR® therapy and ongoing investigations with the alfapump® system in Europe. 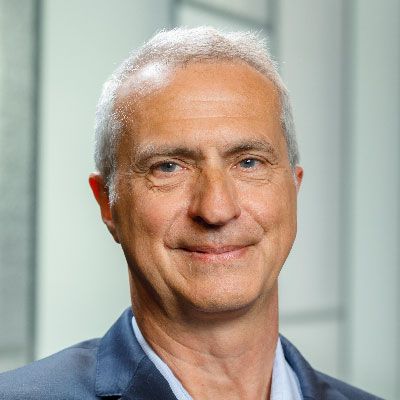 Chairman of the Board

Pierre Chauvineau is an independent non-executive director and the chair of the Company’s Board of Directors. Pierre has over 31 years of international business leadership in corporate and start-up companies within the medical technology industry.

He started his career with Medtronic where he spent 20 years before joining Cameron Health, a VC-funded medical device company based in California where he was responsible for commercialising their innovative implantable defibrillator across international markets. Cameron Health was acquired by Boston Scientific two years later in June 2012, after which Pierre went on to lead Boston Scientific’s largest European Business Unit for 5 years. Today, Pierre continues to mentor and coach, he is also an executive board member with London based Rhythm AI and Lausanne based Comphya.

He is also the chairman of Galway based Aurigen Medical and Grenoble based Aryballe. Pierre holds an MBA degree in International Management from the Monterey Institute of International Studies (Monterey, California, U.S.A.) and a BA degree from IPAG (Paris, France). 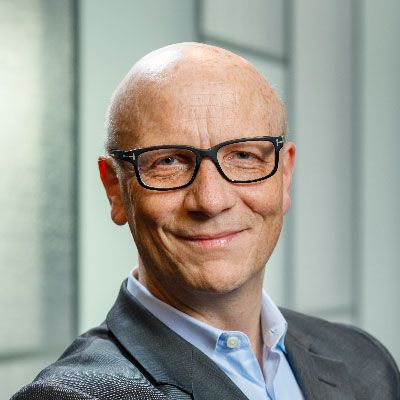 Ian Crosbie is an executive director of the Company since 2019 and the Company’s Chief Executive Officer since 2016. Ian has over 25 years of experience in the healthcare sector, both in-house at medical device and pharmaceutical companies, and as an investment banker at leading global firms.

He has extensive expertise and a strong track record in capital markets, licensing and strategic transactions. Prior to joining Sequana Medical, Ian was Chief Financial Officer of GC Aesthetics Ltd based in Dublin. Before that, Ian was Senior Vice President, Corporate Development at Circassia Pharmaceuticals plc, a late-stage biopharmaceutical company focused on allergy immunotherapy where he led the execution of the company’s ₤210 million IPO, as well as the M&A and licensing activities. 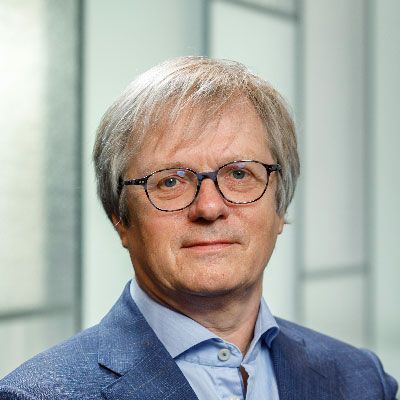 Rudy Dekeyser is a non-executive director of the Company. He is managing partner of the LSP Health Economics Fund 2, a EUR 280 million fund investing in medical device, diagnostic and digital health companies in Europe and the US.

Besides serving on the Company’s Board of Directors, Rudy currently also serves on the Board of Directors of Lumeon, Nobi, reMYND and EMBLEM and has served on many other biotech boards such as Ablynx (acquired by Sanofi), Devgen (acquired by Syngenta), CropDesign (acquired by BASF), Actogenix (acquired by Intrexon) and Multiplicom (acquired by Agilent). Prior to joining LSP, he was one of the founders of VIB and co-managing director of this leading life sciences research institute for 17 years, during which he was also responsible for all business development. Under his leadership VIB has built a patent portfolio exceeding 200 patent families, signed 800 R&D and license agreements, spun out twelve companies and laid the foundation for bio-incubators, bio-accelerators and the biotech association FlandersBio.

Rudy is member of the advisory board of several foundations investing in life sciences innovation and has been one of the catalysts in the foundation of Oncode, a Dutch cancer research institute. Rudy holds a Ph.D in molecular biology from the University of Ghent. 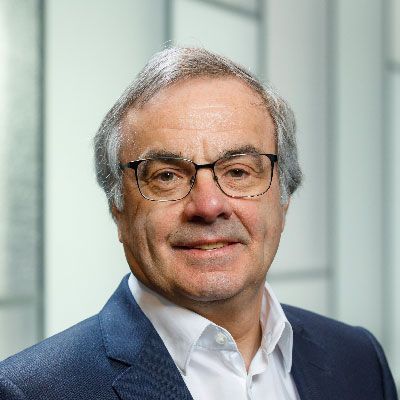 Wim was the Chief Financial Officer of Ablynx until September 2018. Ablynx was a Belgian biopharmaceutical company engaged in the development of proprietary therapeutic proteins based on single-domain antibody fragments. It was listed on Euronext Brussels and Nasdaq and acquired by Sanofi in June 2018.

From 1992 until joining Ablynx in 2006, he was Chief Financial Officer of Innogenetics (now Fujirebio Europe), a biotech company that was listed on Euronext Brussels at the time. From 1990 until 1992, he served as Finance Director of Vanhout, a subsidiary of the Besix group, a large construction enterprise in Belgium. From 1978 until 1989, he held various positions in finance and administration within the Dossche group. Wim holds a Master’s degree in Business Economics from the University of Antwerp, Belgium. 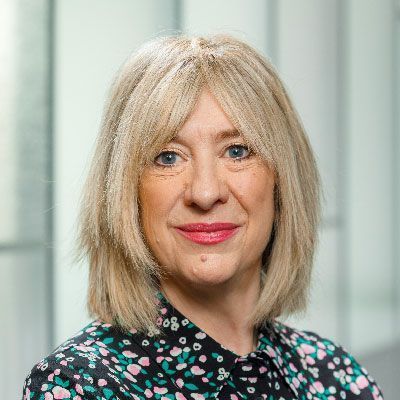 Jackie spent 28 years with Medtronic, most recently as Vice President UK / Ireland, where she was responsible for more than 700 staff and revenue of approximately $750 million. She held a number of external posts alongside her role at Medtronic, including Chair of the BCIA (British Cardiovascular Intervention Association) and council member of the BCIS (British Cardiovascular Intervention Society).

In 2010, she was elected to the Board of Directors of ABHI (Association of British HealthTech Industries) and in 2015 was appointed Vice Chair. Jackie has worked with the UK’s NHS (National Health Service) Clinical Entrepreneur programme and was a member of the Ministerial Medical Technology Strategy Group. She is Non-Executive Director on the Boards of UK’s NICE (National Institute for Health and Care Excellence), 3D Life Prints and Northumbria Primary Care, of which she is also Chair. 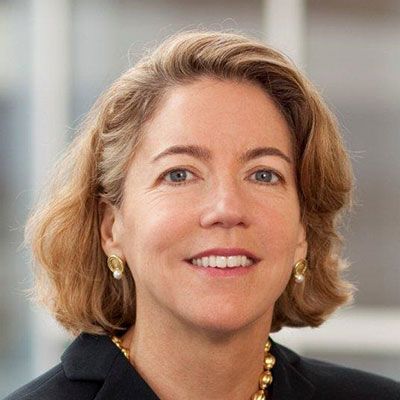 Alex is Senior Vice President of Global Health Economics, Policy, and Reimbursement for Medtronic plc. In this role, she leads a global function of more than 300 reimbursement and health economics professionals and provides company-wide leadership on health and payment policy.

She is a member of the Duke Margolis Value-Based Payment and Innovative Technology Consortium, the Health Technology Assessment International (HTAi) Policy Forum, and the Advisory Board for the Center for the Evaluation of Value and Risk in Health (CEVR) at the Institute for Clinical Research and Health Policy Studies at Tufts Medical Center.

She is a former member of the Health Care Payment Learning and Action Network’s (HCP-LAN) Guiding Committee which is charged by the US Secretary of Health and Human Services with accelerating the health care system’s transition to alternative payment models (APMs) by combining the innovation, power, and reach of the public and private sectors.

She has also participated in various Centers for Medicare and Medicaid Services (CMS) technical advisory councils as well as other private and public sector initiatives to improve value in health care. Alex graduated from Colgate University with a B.A. in Economics and from Harvard University with a M.S. in Health Policy and Management. 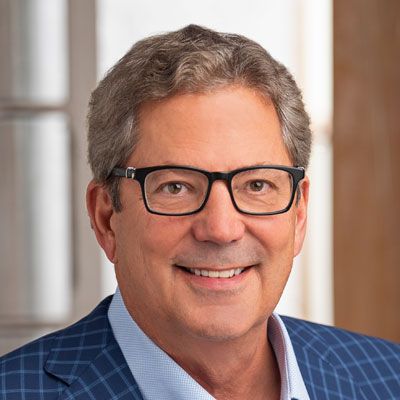 Doug was also a founder of Spine Tech, a pioneering spinal surgery company, where he worked in R&D and Marketing roles from 1991 to 1998. Prior to that, he spent seven years with Johnson and Johnson Orthopedics as the Chief Designer for the Press Fit Condylar (PFC) knee and PFC hip systems. Doug currently serves on the Board of Directors of Cerapedics, Lima Orthopedics, Osteal Therapeutics, UroTronic, and Vergent Bioscience.

European Association for the Study of the Liver. EASL clinical practice guideliones on the management of ascites, spontane bacterial peritonitis, and hepatorenal syndrome in cirrhosis. Journel of Hepatology. 2010 vol. 53. 397-417. p. 402

The alfapump® is still under clinical investigation in the US and Canada and therefore any statements regarding safety and efficacy do not apply in these territories.

The DSR therapy is still in development and it should be noted that any statements regarding safety and efficacy arise from ongoing pre-clinical and clinical investigations which have yet to be completed.

There is no link between the DSR therapy and ongoing investigations with the alfapump® system in Europe, the US and Canada. 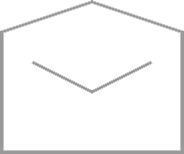